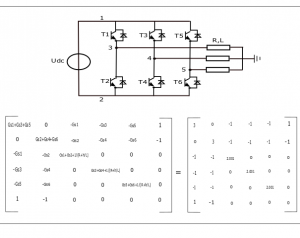 The following is a partial list of useful features to give the user an indication of the versatility of SimuPec:

SimuPec® is a conventional non fixed admittance simulator and SimuPec_FA® the Fixed admittance matrix simulator. Both of them  can simulate the same power elecronics system without any modifications of the C-Circuit describtion file.

By the non fixed admittance Simulator, the basic model of the switching device is a piecewise linear model. The resistance value changes according to the switching state, it takes a very high value (Roff>1e6) in the turn-off state and a very small value (Ron<1e-3) in the turn-on state. The transition between these two states takes place instantaneously.

The number of basic components offered by SimuPec is very small compared to other simulators. There is only e.g. one general purpose Resistor . The same is true for the general purpose inductors, capacitors, voltage and current sources etc. The reason for this is the possibility of dynamic variation of the components parameters.

The new MMC-Blockset contains Simulink-blocks to model and simulate any number of levels of the modular multilevel converter in Matlab/Simulink environment without a need for any power electronics toolbox.

The MMC-Blockset contains simulink models based on the Simulink C S-functions for many of the well known MMC-Topologies, the half bridge (HB-MMC), full bridge (FB-MMC) and the clamped double submodule (CDSM-MMC) as well as many power supply circuits with different transformer connections. 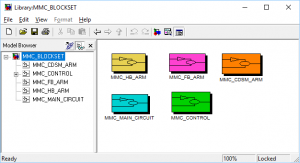 Some of the features of this new developed Blockset can be suumarized as follows: 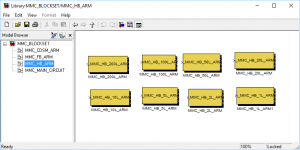 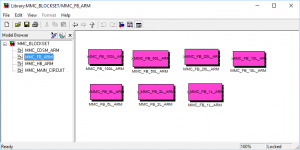 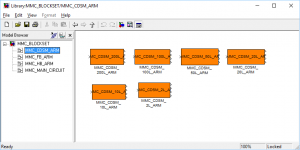 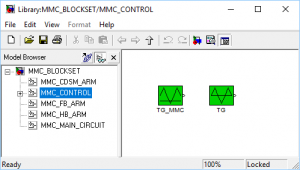 How to use the MMC-Blockset:

The Components parameters can be interactively changed during the simulation by changing the C S-functions  parameter-vectors. 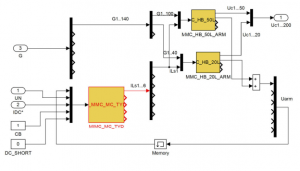 The parameters mask of the MMC_HB_50L_ARM is show below. 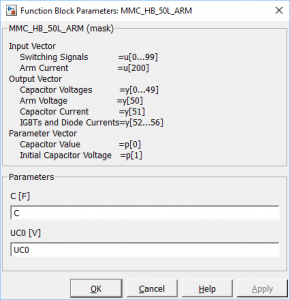 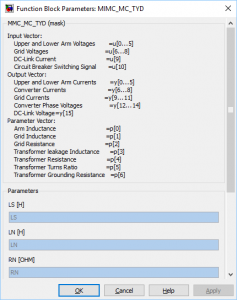 The low price academic version of SimuPec is a fully functional version exactly like the professonal one. It should be used for academic purposes only. It can be ordered at a price of 1000 EURO+VAT.

Order a FREE TRIAL version of SimuPec/SimuPecFA for Microsoft windows. With this version You can model and simulate power electronics System including electromagnetic components in conventional variable Admittance using SimuPec and in the new fixed admittance Matrix using SimuPecFA with unlimited Matrix dimensions for a time period of one month.

The real time Code Generator and the MMC-BLOCKSET are not included in the free trial Version.

END_OF_DOCUMENT_TOKEN_TO_BE_REPLACED

We offer a variety of consulting, simulation and design services, including, but not limited to:

we have more than 30 years experience in developing and simulation of power electronics and drive systems.

We can help you to create  a model of your system in the Matlab/Simulink® environment.